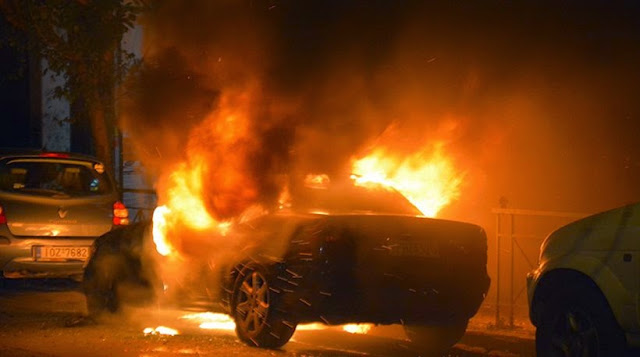 On Tuesday evening, March 17th, a demo in solidarity with hunger strikers in Greek prisons was held in downtown Athens. The march of around 1,500-2,000 people started from Monastiraki Square, passed through Athinas and Stadiou Streets, Syntagma Square and ended at Propylaea. After the end of the demo barricades were erected around Exarchia, clashes erupted with cops and luxury cars were set ablaze.